Tags:
This article discusses police reports where the reporting officer is a witness. Decisions noting, “Police report is favorable to Alpha, but officer did not witness the loss,” are common.

Police officers rarely witness accidents. They are, however, trained to investigate, including taking statements from each driver and any witnesses, and analyzing road debris, skid marks, light sequence, and damage to the vehicles.

When a party argues that the police officer “did not witness” the accident, do not simply disregard the report. Review the police report for its accuracy and consistency in regard to the contentions and other evidence submitted by the parties. For example, was the police report “phoned in” and represents only one driver’s version of the accident or was it written at the scene? Does it include statements taken from each driver? Did the officer note his or her observations regarding damage, scene location, debris, witnesses, etc.? Were any contributing factors noted?

The parties are free to refute any of the officer's findings on the report; however, simply arguing that the officer did not witness the accident is not valid.

A statement like, “Police report cited Beta for following too closely; however, review of Alpha and Beta statements and the scene diagram do not support this,” would be more appropriate. Alpha might be disappointed with this comment, but would be more disappointed if its evidence was not considered at all. If the respondent states the applicant’s police report statement is not consistent with the recorded statement provided to the respondent, you would need to clarify how they differ and what conclusion you drew from the inconsistency. 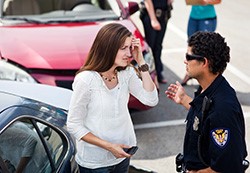 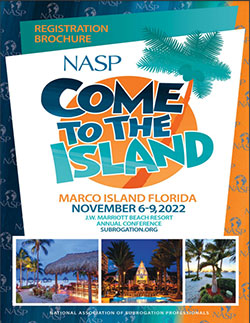