Liability Admissions and Prior Payments

Most cases with both liability and damages in dispute are relatively straightforward: decide liability first. Damages may not be an issue if the Recovering party fails to prove liability or state negligence law bars recovery, but what about the occasional case that isn’t straightforward? For example, one involving a percentage of liability admitted or liability not specifically admitted, but no alternative liability theory provided?

Scenario 1: The Adverse party admits to a percentage of liability.

If the Recovering party included liability arguments regarding the loss, and proved one or more of them that will result in a recovery based on state negligence law, enter the breach/breaches of duty where provided in TRS and continue to hear the damage dispute.

If the Recovering Party did not include liability arguments, or you are unable to determine a breach of duty, your liability decision entry can be worded to reflect what was entered. For example, “[Adverse party company name] has not made a specific and supported challenge to liability.” Please see the last visual below. Then, continue to hear the damage dispute. 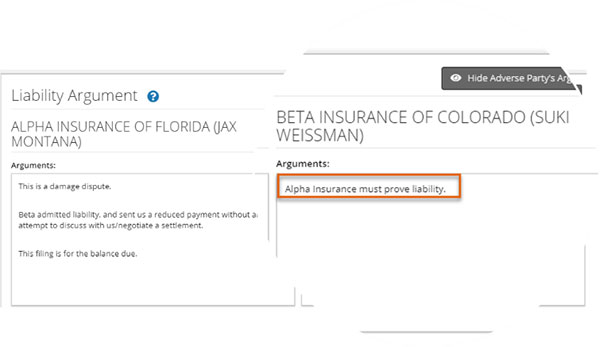 It is clear the sole issue in dispute is damages, even though the “% Liability Admitted” field was zero. As noted above, enter the breach of duty in the liability decision field if you are able to identify one. If not, it is acceptable to enter “Liability not disputed.” 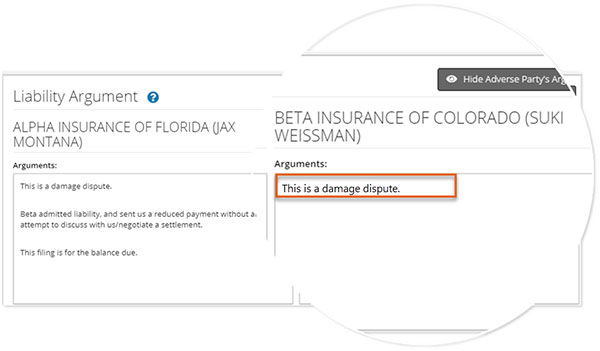 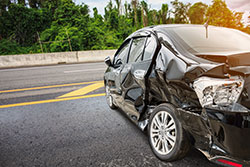 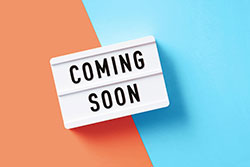 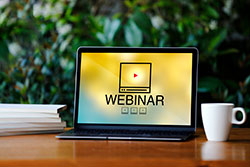 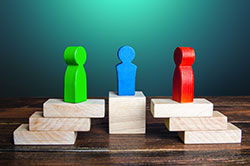