A Closer Look at an E-Subro Hub Question

How does a Third-Party Administrator (TPA) know if they have been assigned an E-Subro Hub® demand?

Including a TPA into an E-Subro Hub workflow is becoming more prevalent, as both a demander or as a responder. As a demander, there are several scenarios for making an E-Subro Hub assignment to a TPA.

If the demand will originate from the TPA, the referral would be initiated by a member’s internal process. The TPA would create the demand and likely own it from beginning to end. When the claim is resolved, the TPA and member would decide who will own the E-Subro Hub file when closed. In this scenario, the TPA would not need any type of E-Subro Hub notification from the member due to the fact they produced the demand and would monitor the file based on the TPA claim-handling practices.

If the member has issued the demand and will be assigning ownership to handle the subrogation process, or is changing ownership to initiate arbitration, then the TPA can reasonably expect some notification of the assignment. The E-Subro Hub system does provide this notification by placing an active Action Flag with the TPA receiving unit. If the current negotiation status places the Action Flag with the demander, an ownership change will keep the Action Flag visible for the TPA when reviewing their newly-received demand.

If there is no Action Flag with the demander, the assignment action will create a diary, then immediately expire that diary. Rather than having an Action Flag as a result of a negotiation event, the TPA will have the Action Flag due to an expired diary. In either situation, the TPA will see the demand on their receiving unit Worklist. This is similar to a member reviewing their Worklist.

The previous two scenarios would apply if the TPA was assigned a response-side demand as well.

There are a few other items to keep in mind when assigning E-Subro Hub demands to a TPA: If you have any questions regarding this material, please contact AF at 888-371-2761 or send an email to esubrohub@arbfile.org. 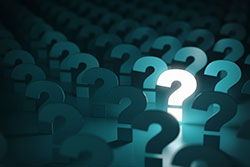 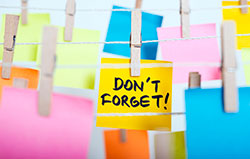 Reminder: AF Will Discontinue Support for Internet Explorer in June 2022
As a reminder, Arbitration Forums will no longer support the Internet Explorer browser for its products and services after June 15, 2022.
Read Full Article
E-Subro Hub Users